TAPPING FRIEND is an interactive science game for everyone between 6 and 99 years and is aimed to provide a playful experience of synchronization and cooperation between one or two humans and a virtual partner – the maestro. The players tap in time with the maestro on little drums and the system provides immediate feedback on their synchronization success by showing their taps relative to the maestro’s taps and by counting the taps that were on time and the taps that were too early or too late. The aim of the game is to achieve as many on-time taps as possible.

The maestro’s degree of cooperation differs between play modes, and players should experience the different levels of cooperativity while tapping. Players have to develop different strategies to stay on beat with their fellow players and the virtual partner, the maestro.

This exhibit implements sensorimotor models of temporal coordination that are based on current research on synchronization and communication in music ensembles (a research project funded by the FWF P 24546). 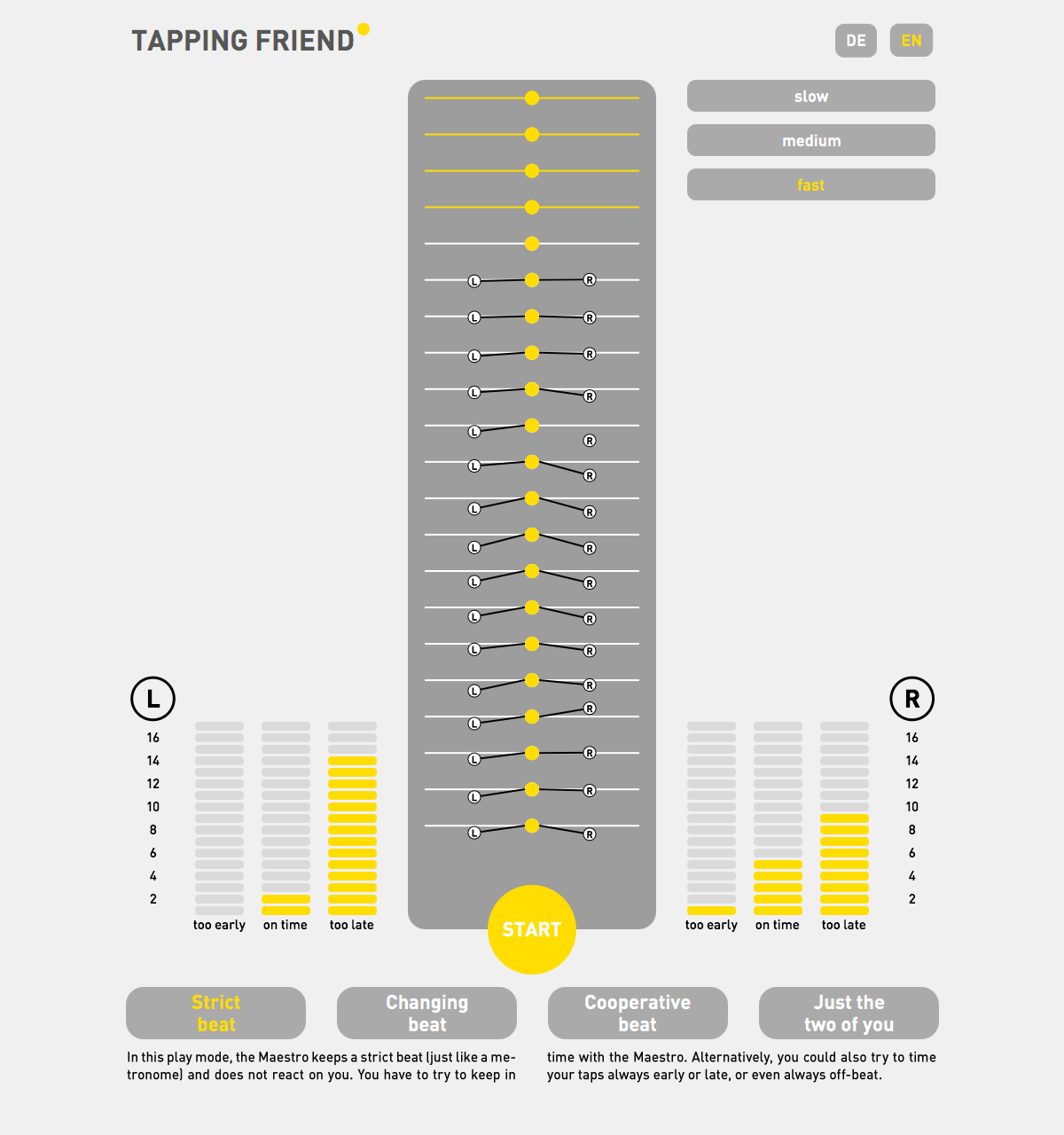