The project researches human-robot interaction from a collaborative point of view where the mutual ability of human and robot to understand each other’s signals is core to the successful completion of joint tasks, and also plays a major role for human acceptance of and trust in the robot as a workmate. We study close collaborations of humans with cobots employing both Virtual Reality (VR) scenarios and real world encounters with the collaborative robot CHIMERA (Joanneum Robotics) combining a UR10 robot arm and a MiR-100 mobile platform. The advantage of working with both a real robot and its digital twin lies in the broader range of possible investigations into human-robot collaboration scenarios as VR allows for very close physical proximity between human and robot, and for robot action speeds that would today still be impossible near humans due to safety and security regulations. However, will be realistic scenarios in the near and medium-term future due to constant improvements in safety-critical sensor technology. 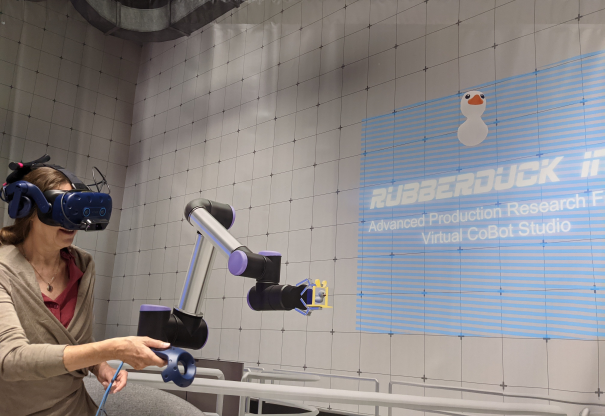