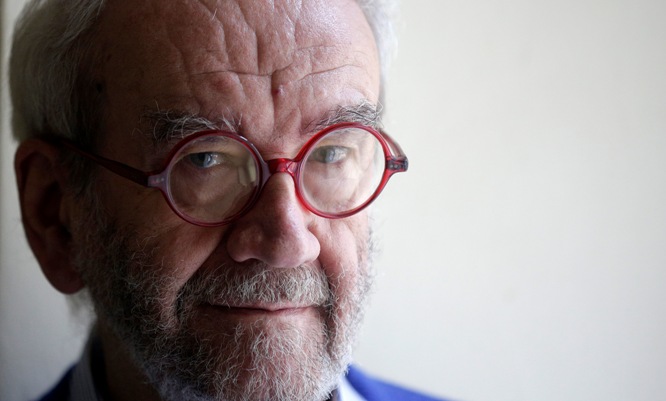 He holds a PhD in psychology (minor: astronomy), a diploma in sociology (Institute for Advanced Studies, Vienna), is Ingenieur (BEng) for electrical engineering, and quite recently, in 2012, graduated as MBA in General Management.

His main research interest had always been the human mind since it can be analysed by three distinct methods the results of which eventually have to converge: 1. by introspection, 2. by analysing the behaviour of a person, e.g. through psychological experiments, and 3. by studying the human brain. And then progress in technology made method 4 possible: Modelling the human mind and the human brain. For this reason, he has extended his research methods from cybernetics and systems theory to artificial intelligence, but not restricted to the so-called rational processes but encompassing also emotional ones.

Besides this main research interest which also led to his cooperation in the Neurorobotics Sub-Project of the EC-sponsored Human Brain Project, he has been attempting to answer questions related to the application of artificial intelligence methods e.g. how to develop rational and emotional personality agents for interactive media, how to develop robots that may aid persons with special needs, how to aid persons who want to prevent the outbreak of a war or to end one with artificial intelligence methods applied to conflict databases, or how to develop better ethical systems for robots.

He is Editor-in-Chief of "Applied Artificial Intelligence: An International Journal" and "Cybernetics and Systems: An International Journal", both published by Taylor & Francis, USA. He is author of the 2 hour video series "Introduction to Artificial Intelligence" (in German, Spektrum Videothek, Heidelberg). He has been on the editorial board of numerous scientific journals and has been a member of program committees of many national and international conferences.

He has been teaching obligatory and facultative courses and seminars, among them "Motivation, Emotion, Consciousness", "Consciousness and Awareness in Humans and in Robots: Functions, Theories, Models", "Science and Medicine", "IT-Systems for Persons with Special Needs", and "Love: A Multidisciplinary Approach" at the Vienna Medical University, and Cognitive Science at the University of Vienna. He was also teaching "Introduction to Artificial Intelligence" and "Special Fields of Mathematics" at the Technical University of Vienna for many years.

He has been giving lectures in many countries and he has been working as a consultant for national and international companies and organizations (EC, OECD, UNIDO, WHO). He received numerous awards and he has been appointed Honorary Member or Fellow of, among others, the American Society for Cybernetics, die Deutsche Gesellschaft für Kybernetik, the International Federation for Systems Research, and the United Kingdom Systems Society. He was elected Full Member of the European Academy for Sciences and Arts. In 2012 he was elected President of the International Academy for Systems and Cybernetic Sciences.

In his spare time, beginning in the Seventies, he has been taking courses and workshops first in pantomine, then in improvisation, contact improvisation and contemporary dance. Among his teachers were Willi Dorner, Andrew Harwood, Nina Martin, Steve Paxton, Saburo Teshigawara, and Mark Tompkins. He is an active performer also on stage, e.g. in performances in the Studio 1 of the Tanzquartier or in Hall G of the Museumsquartier or in the Werkraum of the Münchner Kammerspiele, or recently, in 2012, he danced in an adaptation of E.A. Poe's "The Fall of the House Usher" in the Palais Kabelwerk in Vienna.