How to reach us

OFAI is located in the city centre, in Vienna's first district. Below is a map of the area.

The institute is located in the inner yard of the Schottenhof building at Freyung 6, at entry (Stiege) 6, on the third floor.

There are two main entrances to the courtyard of Freyung 6, marked "1" and "2" on the map:

How to get to us

This is what access 1 looks like when coming from the south (e.g., from the city centre or the U3 metro stop Herrengasse, marked as H1 on the map): 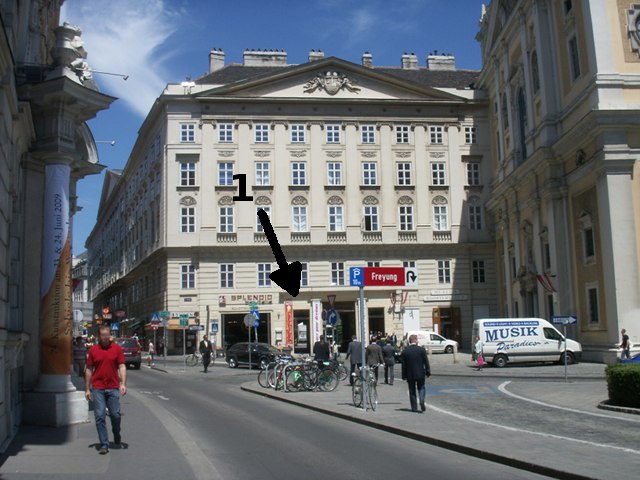 This is what access 2 looks like when you come from the north following Schottengasse (e.g., from the metro/streetcar stop Schottentor, marked as H2 on the map): 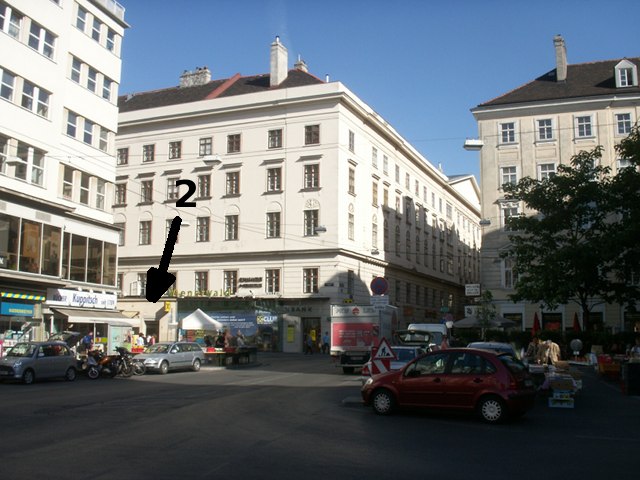 OFAI is located at Stiege 6 (notice the stair flight number indicator above the entrance), on the third floor at door 7 (no elevator)!

This is the entrance to OFAI, with the paths from accesses 1 and 2: 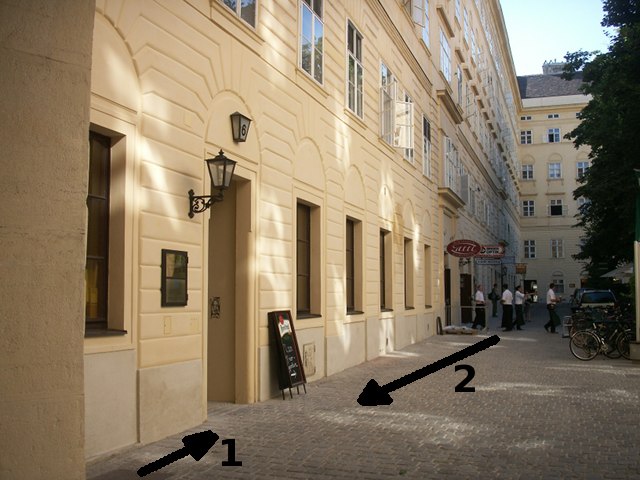 From Vienna international airport (VIE) you can take buses to "Schwedenplatz" in the first district and the rail terminals "Südbahnhof" and "Westbahnhof"; or you can reach Vienna by train (the (cheaper) public suburban railway line S7 or the privately run CAT---city airport train) to the "Wien Mitte" terminal, where you have connections to the metro lines U3 and U4.

"Schottentor" (location H2 on the map) is a stop of the metro line U2, of the streetcar lines 1, 2, and D, and the final stop of several "radial" streetcar lines coming from the north of town (37-44).

The metro line U3 has its nearest stop "Herrengasse" at location H1.

In Schottengasse, close to H2, there is a large taxi stop, where you should be able to take a cab quickly at any time of the day. But do note that these regular cabs are significantly more expensive than dedicated airport cabs!

Vienna is part of a the VOR which provides a single public transport system for the eastern regions of Austria, with common ticket prices. The whole region is divided into zones and you buy tickets based on how many zones you travel across, no matter which kind of transport you use (with a few exceptions). The whole city of Vienna counts as a single zone.